I am reluctant to shock the readers here at Virtual Mirage – but – dozens of Afghan refugees released in the US have Pentagon records that “indicate potentially significant security concerns,” according to a new probe conducted by the Department of Defense (DOD) Inspector General (IG).

The Afghans are being brought into the US after the botched US withdrawal from Afghanistan last August, and the country’s subsequent fall to the Islamic extremist Taliban, whom the US had been fighting. 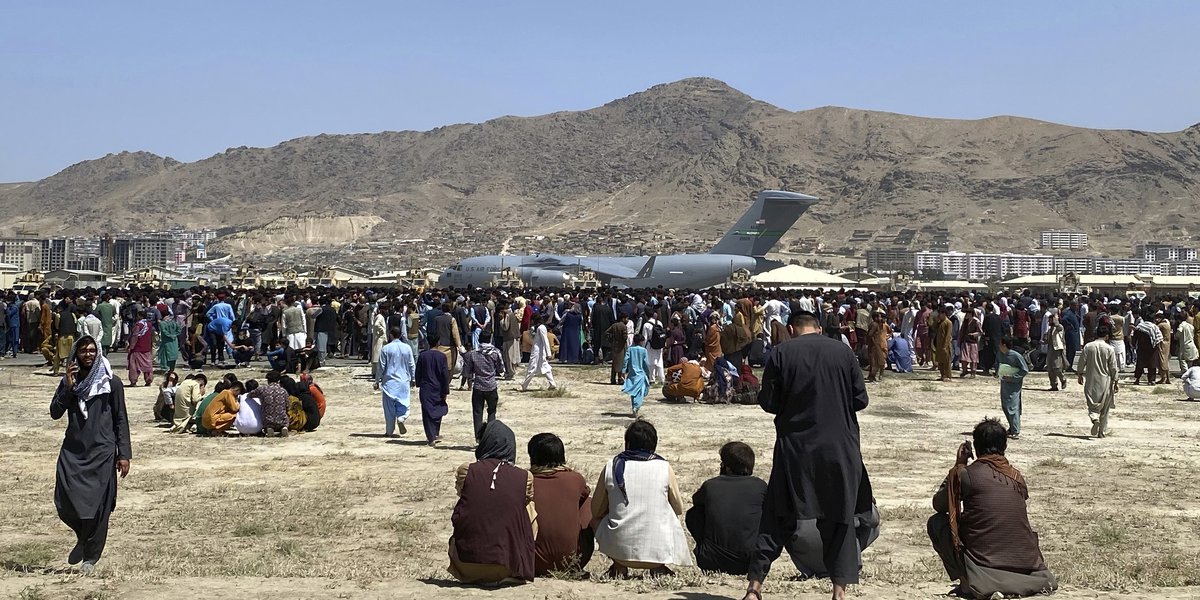 Under the Biden administration’s Operation Allies Welcome (OAW), approximately 80,000 “displaced persons from Afghanistan” have been admitted to the US under a special immigrant visa (SIV) or humanitarian parole.

The Department of Homeland Security (DHS) was placed in charge of resettling the Afghans, and the Biden administration assured Americans the refugees would be thoroughly screened.

However, for the past few months, media reports have exposed crimes, including child molestation, assault, and domestic violence, committed by Afghans housed at military bases throughout the US…more here.

The whole “you can trust me, I’m a Muslim” theme in the US media’s narrative has a very hollow sound. Yesterday, prices to buy call options increased, including at least 200 traded contracts to buy May contracts for Brent futures at $200 a barrel by the end of the month, Bloomberg reported. June Brent contracts also increased as a $150-a-barrel call option doubled just ahead of the weekend and a $180-a-barrel option jumped 110 percent.  Options on futures contracts aren’t an exact prediction – not like settled science – but it’s unsettling. 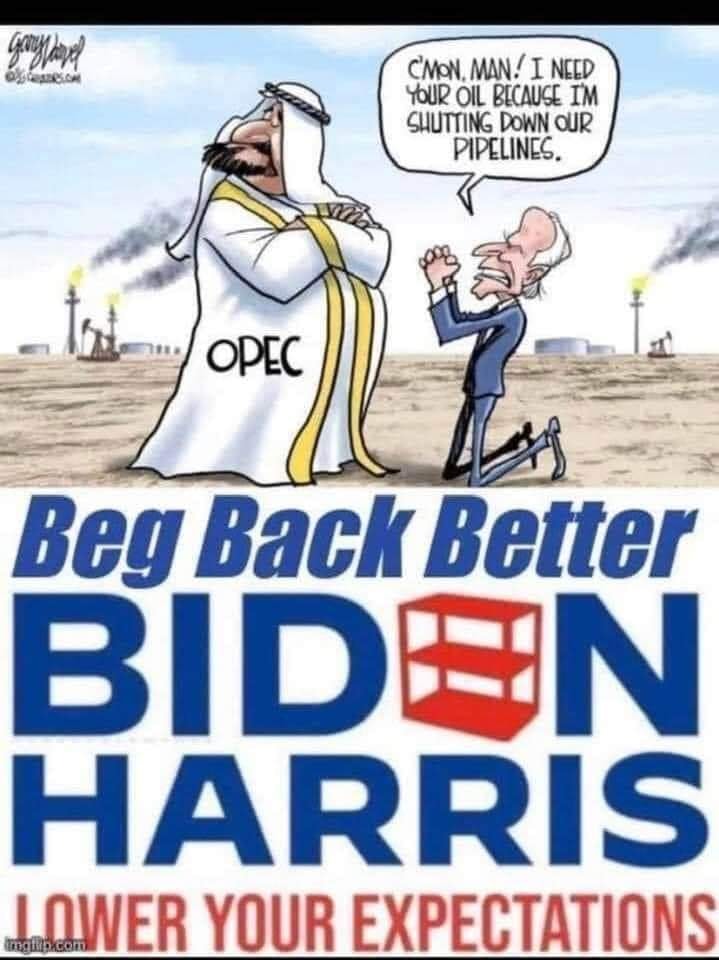 People with a thirst for power and control are going to any lengths to possess them. Useful idiots enable them to keep going and they hope to gaslight (or kill) anyone who questions it. 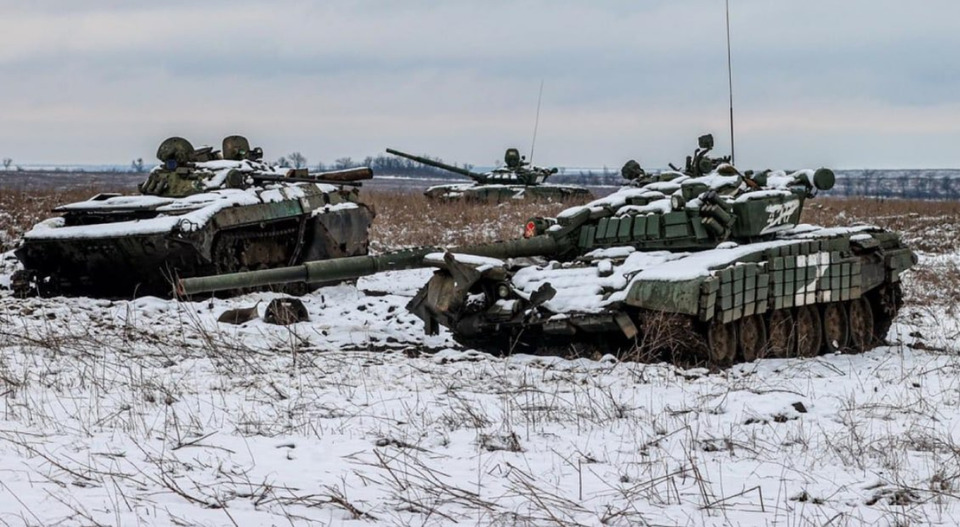 Knocked out T-72B tanks during the Ukrainian counter-offensive around Kharkiv, 4 Mar 2022 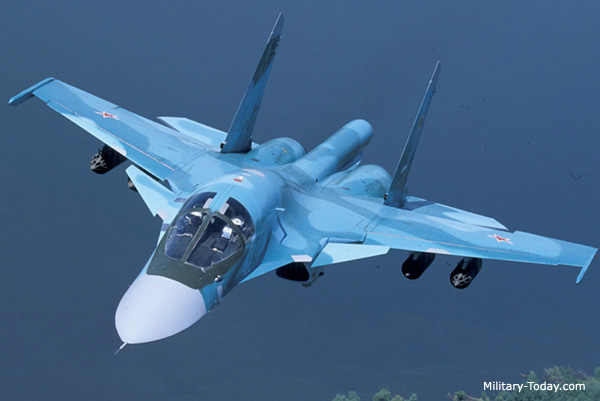 The Sukhoi Su-34 is a Soviet-origin Russian twin-engine, twin-seat, all-weather supersonic medium-range fighter-bomber/strike aircraft. (flying – above, shot down below) 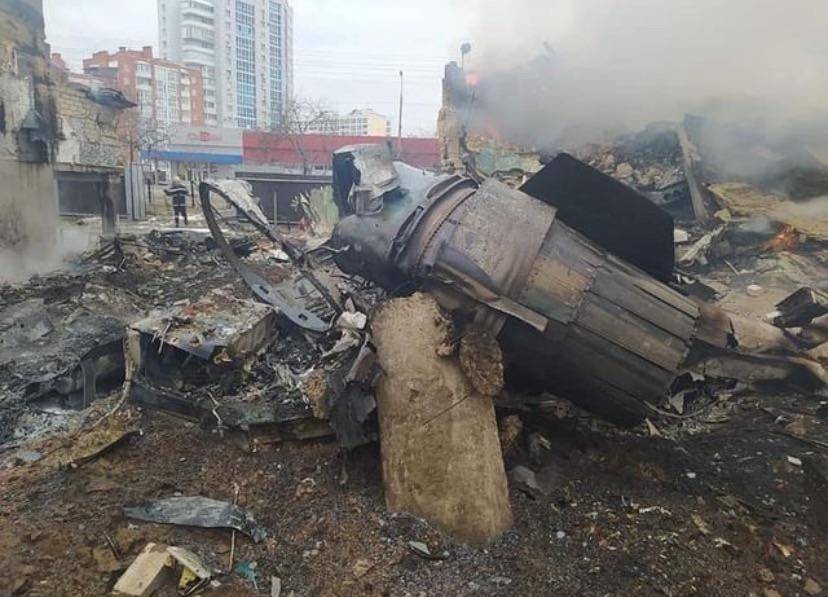 121 Russian aircraft are estimated by Ukraine to have been shot down over the country, with 25 airframe losses independently verified as of March 7th. 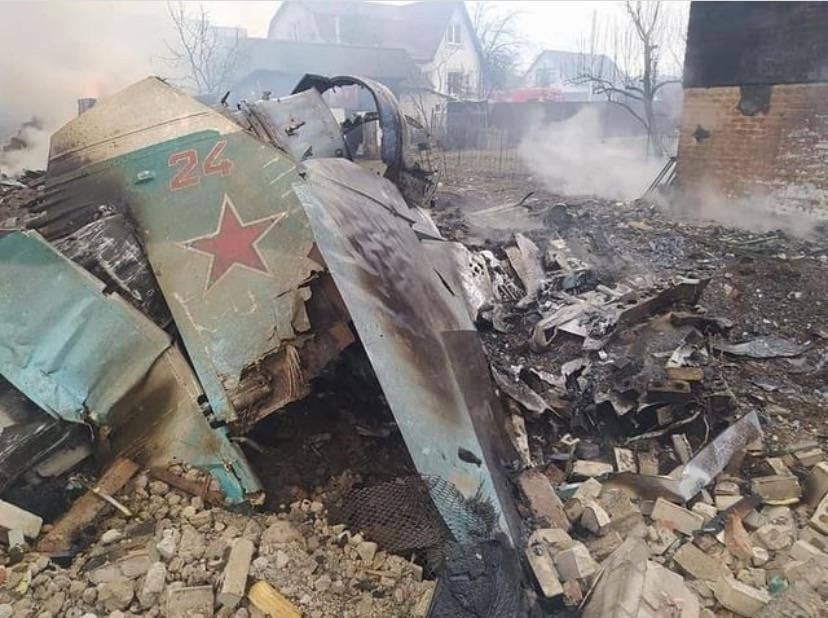 (below) another crashed Su-34 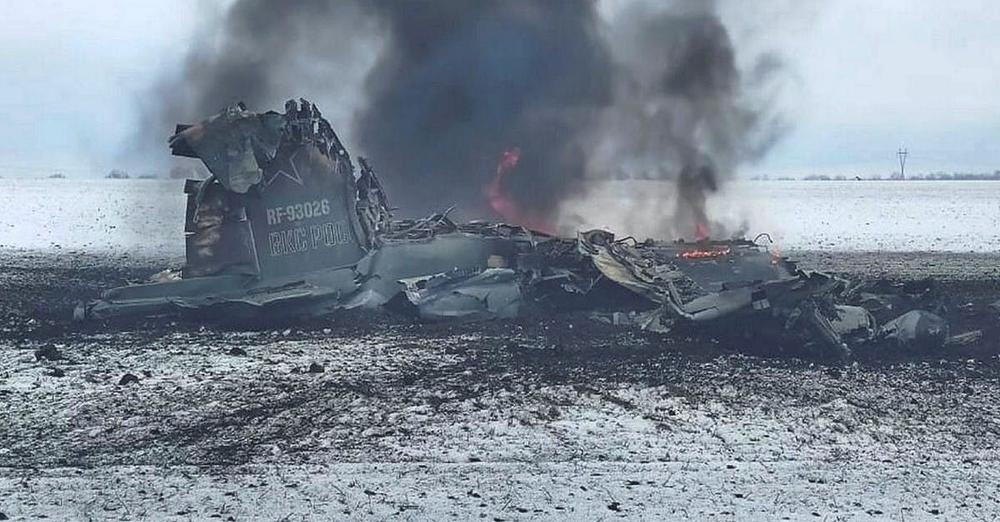 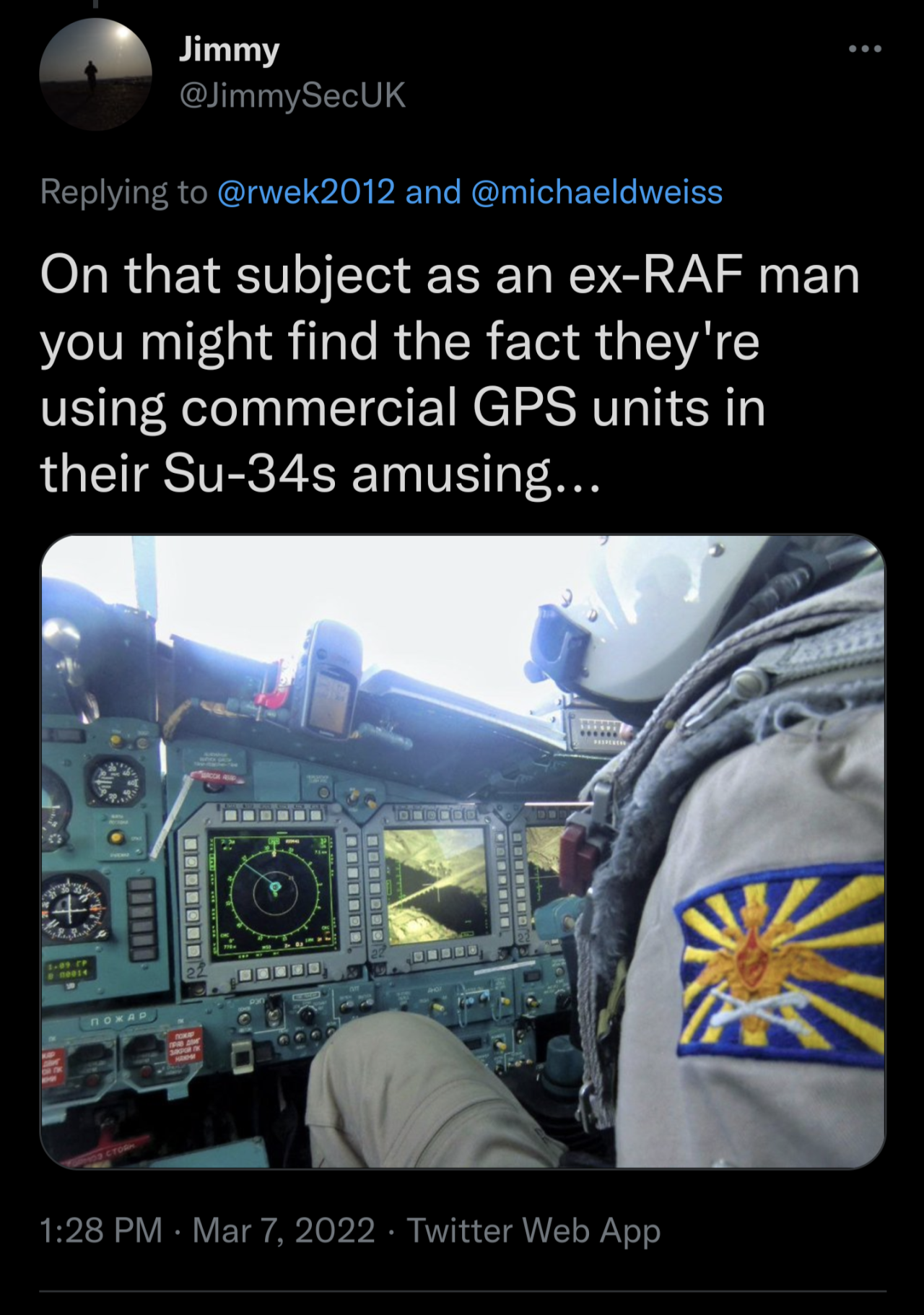 Hello Garmin, we need a few glass panels for the SU34… can we get a discount? 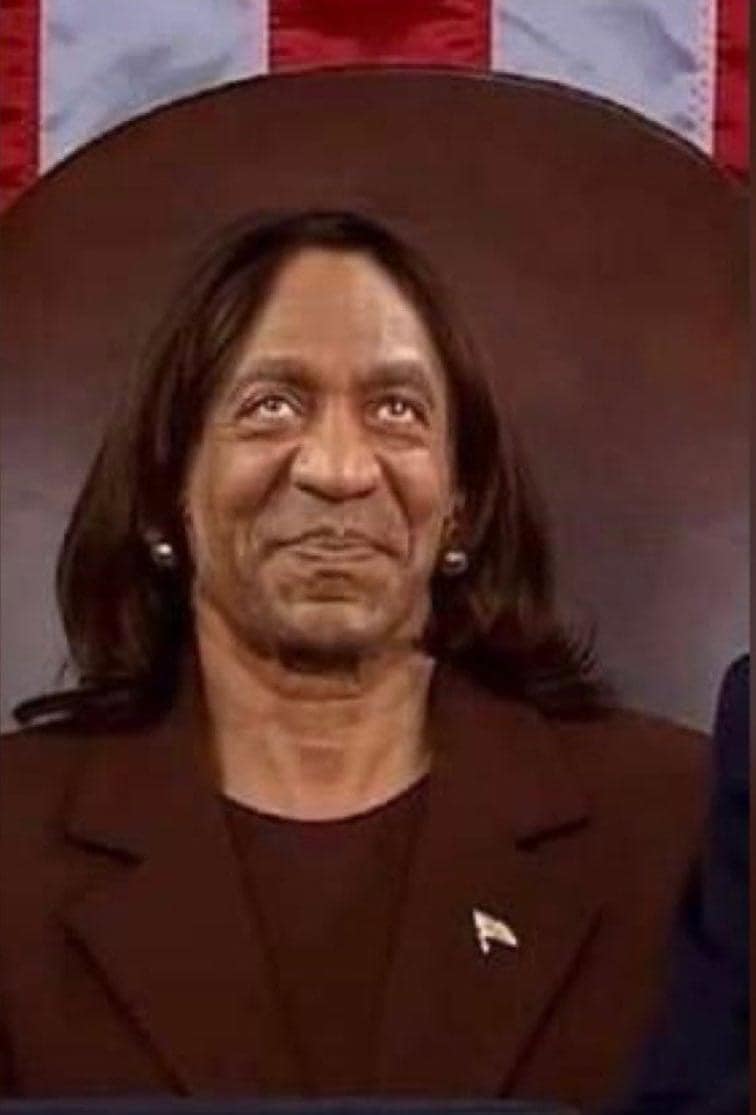 Prerequisite for becoming a senator.