…and then the wolves came 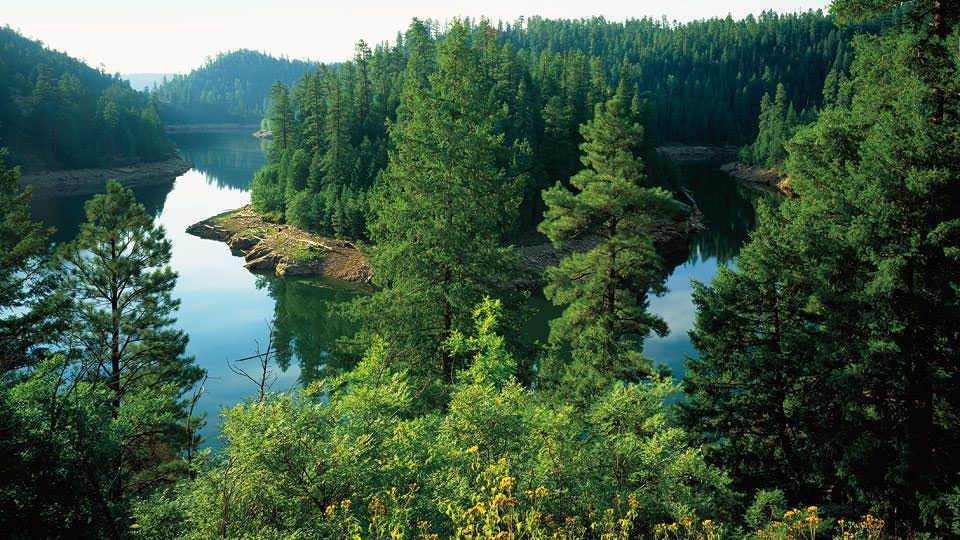 The Big Apple & The Rotten Apple 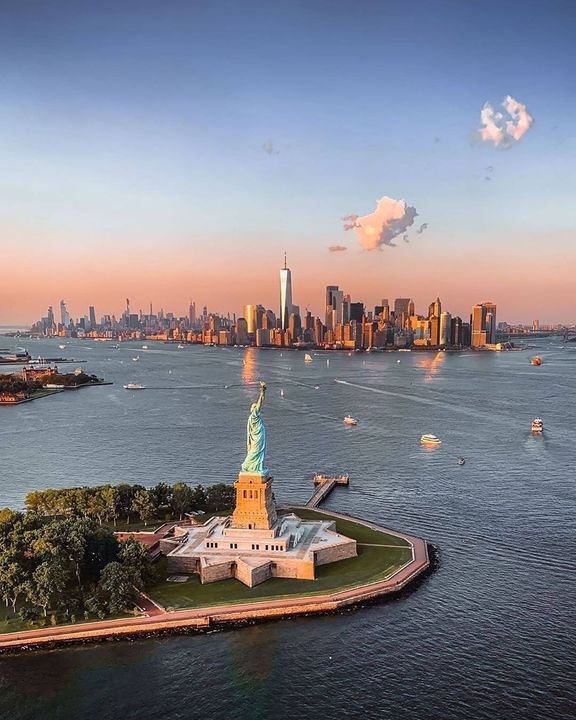 From the days when it was New Amsterdam, New York City occupied an important place in America. Some say that it was America’s First City (Chicago,  the Second City). My ancestors who arrived in the United States from Europe landed here except for the pirates who settled in the Carolinas.

I have had great adventures in New York City – memories that will stay with me always.  I worked there at times, I vacationed at times, I stayed with friends in swanky high-rise flats overlooking Central Park. But I doubt that I would ever return unless I was connecting a flight at JFK. The place has become a rotten, fetid, crime-ridden, sewer and it has not come close to hitting bottom. The city is in many ways emblematic of the ‘progressive’ deterioration of America that everyone can see. They can’t hide it anymore.

Elections are fixed, the most corrupt among us are thrust into positions of power and nobody really knows who is running America today. It’s not the walking corpse and the whore. That’s for certain. Generals plan juntas, trillions are voted for graft, and it smells like New York City during a trash strike.

The ARL-44 (War Thunder) heavy tank was built by France in 1949, four years after World War 2 ended. Only 60 were built and they were phased out in 1953 because they were too late for the big show and not good enough for the Cold War production. 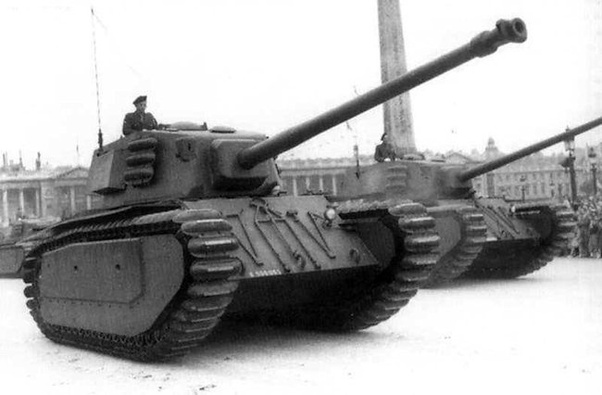 It was a mystery tank a while ago so I won’t make a mystery of it this time, but I wanted to address tank evolution almost for the heck of it. The ARL-44’s 90 mm rifle could certainly punch through the frontal armor of most if not all German tanks from World War 2. Its 122mm sloped armor could (in theory) stop a round from a Tiger 2/King Tiger but not if fired at point-blank range. The ARL would have faired well against German tanks but the German tanks were gone and the newer post-war machines took their place.

Three of the five-man crew sat in the turret, and there were a number of awkward features to the tank. It had been developed secretly during the war and as tank design changed, the French tried to keep up while leaving artifacts in the design from older tanks. At the end of the war, the Allies were not inclined to give their newer high velocity 90mm guns to the French so they had to wait and marry it to the design, which needed to be modified to accept that rifle.

A comment arrived in e-mail about Arizona being a type of nuclear test area wasteland. The commenter confused AZ with parts of New Mexico. This is where I live atop the Mogollon Rim 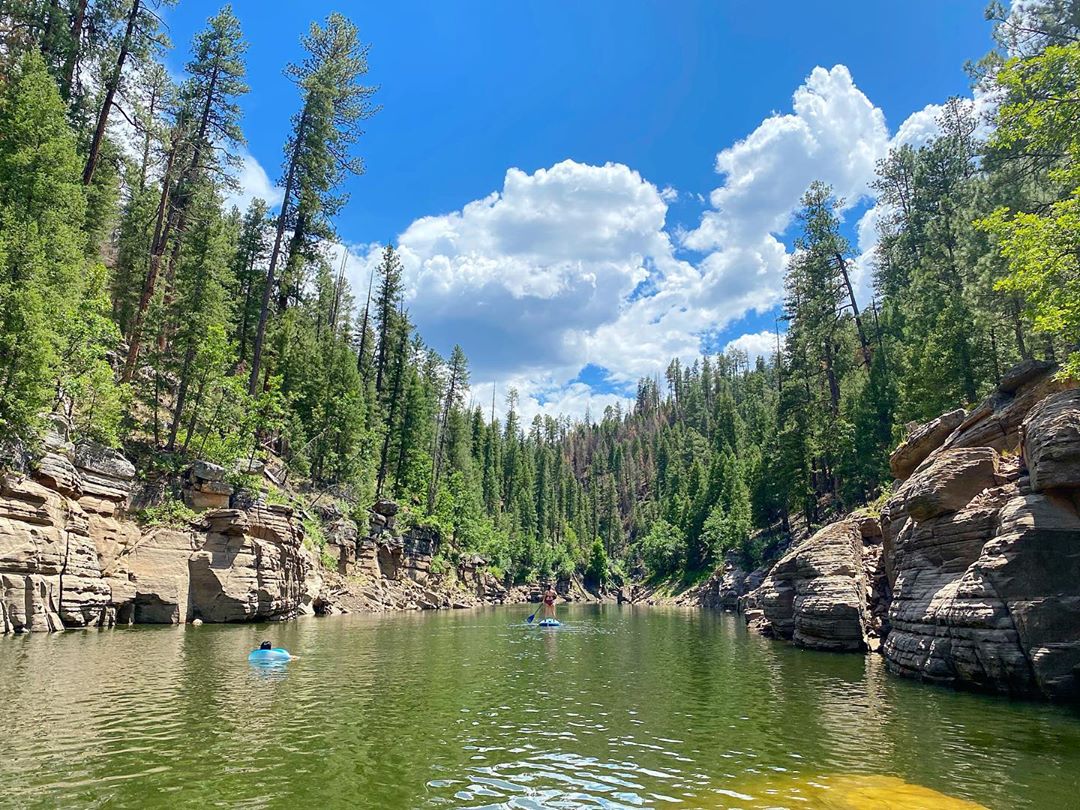 Things that you can say in response to anything:

-As the prophecy foretold. 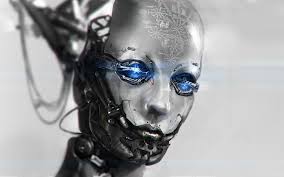 -But at what cost?

-So…it has come to this?

-Is this why fate brought us together?

-There is no escape from destiny.

-…and then the wolves came.

I don’t know if it’s a true story but it’s made its way through the Internet and it’s not original with me. I decided to share it because of its meaning: 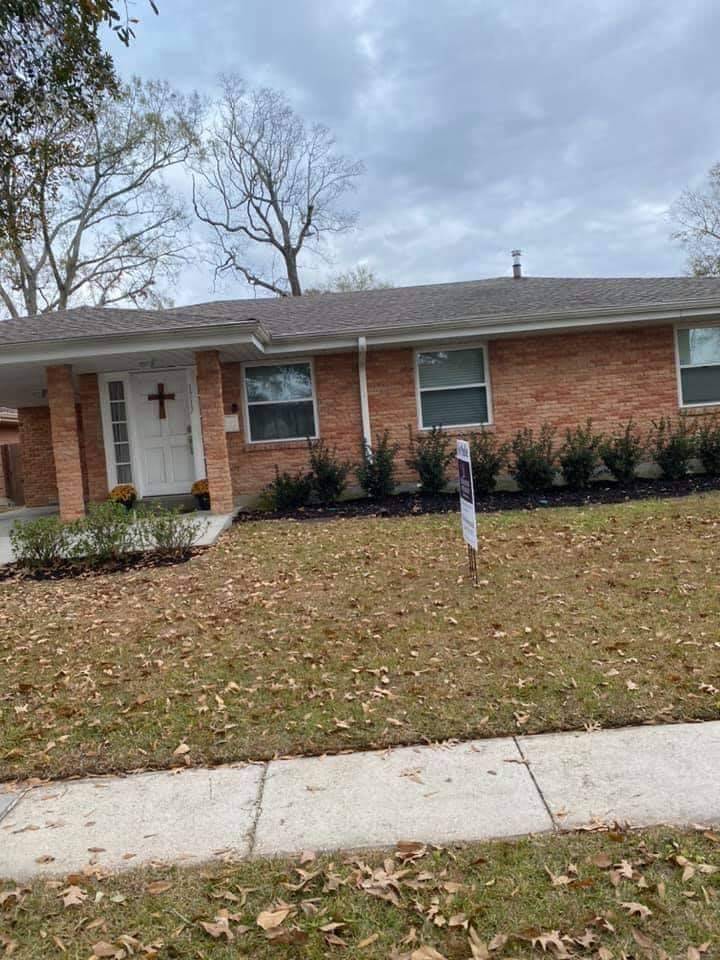 I arrived at the address and honked the horn. After waiting a few minutes I honked again. Since this was going to be the last ride of my shift I thought about just driving away, but instead, I put the car in park and walked up to the door and knocked.. ‘Just a minute, answered a frail, elderly voice. I could hear something being dragged across the floor.

After a long pause, the door opened. A small woman in her 90’s stood before me. She was wearing a print dress and a pillbox hat with a veil pinned on it, like somebody out of a 1940’s movie.

By her side was a small nylon suitcase. The apartment looked as if no one had lived in it for years. All the furniture was covered with sheets.

There were no clocks on the walls, no knickknacks or utensils on the counters. In the corner was a cardboard box filled with photos and glassware.

‘Would you carry my bag out to the car?’ she said. I took the suitcase to the cab, then returned to assist the woman.

She took my arm and we walked slowly toward the curb.

She kept thanking me for my kindness. ‘It’s nothing,’ I told her.. ‘I just try to treat my passengers the way I would want my mother to be treated.’

‘Oh, you’re such a good boy,’ she said. When we got in the cab, she gave me an address and then asked, ‘Could you drive through downtown?’

‘It’s not the shortest way,’ I answered quickly.

I looked in the rear-view mirror. Her eyes were glistening. ‘I don’t have any family left,’ she continued in a soft voice.. ‘The doctor says I don’t have very long.’ I quietly reached over and shut off the meter.

‘What route would you like me to take?’ I asked.

For the next two hours, we drove through the city. She showed me the building where she had once worked as an elevator operator.

We drove through the neighborhood where she and her husband had lived when they were newlyweds. She had me pull up in front of a furniture warehouse that had once been a ballroom where she had gone dancing as a girl.

Sometimes she’d ask me to slow in front of a particular building or corner and would sit staring into the darkness, saying nothing.

As the first hint of sun was creasing the horizon, she suddenly said, ‘I’m tired. Let’s go now.’

We drove in silence to the address she had given me. It was a low building, like a small convalescent home, with a driveway that passed under a portico.

Two orderlies came out to the cab as soon as we pulled up. They were solicitous and intent, watching her every move.

They must have been expecting her.

I opened the trunk and took the small suitcase to the door. The woman was already seated in a wheelchair.

‘How much do I owe you?’ She asked, reaching into her purse.

‘You have to make a living,’ she answered.

‘There are other passengers,’ I responded.

Almost without thinking, I bent and gave her a hug. She held onto me tightly.

‘You gave an old woman a little moment of joy,’ she said. ‘Thank you.’

I squeezed her hand and then walked into the dim morning light. Behind me, a door shut. It was the sound of the closing of a life.

I didn’t pick up any more passengers that shift. I drove aimlessly lost in thought. For the rest of that day, I could hardly talk. What if that woman had gotten an angry driver or one who was impatient to end his shift? What if I had refused to take the run, or had honked once, then driven away?

On a quick review, I don’t think that I have done anything more important in my life.

We’re conditioned to think that our lives revolve around great moments.

But great moments often catch us unaware-beautifully wrapped in what others may consider a small one.

PEOPLE MAY NOT REMEMBER EXACTLY WHAT YOU DID, OR WHAT YOU SAID ~BUT~ THEY WILL ALWAYS REMEMBER HOW YOU MADE THEM FEEL.